The Centre has a PFA (Parents and Friends Association) Committee which is a group of volunteers who arrange and run fundraising events for The Ivybridge EST .  Over the years they have arranged Barn Dances, Summer, Christmas and Easter Fairs, Quiz Nights, Fashion Shows, Car Boot Sales and most recenly a car treasure hunt, which was held on the 2nd October 2011, in absolutely glorious sunshine.  Our summer had arrived at last, a bit late, but it was lovely.

The treasure hunt entailed following instructions to get us from one place to another, and along the way solving clues and collecting items, where you would earn points.  Mileage was also taken into consideration,  as there was a prize at the end of it. We were given information that it would take us about 2 hours to complete travelling about 20 miles.

Steve and I entered and took our little BMW Z3 sports car, which enabled us to go topless to enjoy the lovely country lanes that we encountered along the route.  I knew however, that having to solve clues and me being the navigator, was a recipe for married bliss!!! and it was only a matter of a minutes before we had our first disagreement.  We did have a few more along the way, and did quite a lot of reversing, where we had missed some clues, so as not to add on mileage.  Well, I am very competitive and although I enjoy taking part, I aim to win!!!  One of the items we had to take back to score us some points was a police cone, but the one we found was too big to fit in the boot of the car, so we took a photo of it on our mobile phone, to prove we actually found one.  Well if we didn’t, that would have been 10 points lost!!!

Our route took us around some country roads and lanes that I have never been on before (even though the route was around Ivybridge and the surrounding area to where we live).  Towards the end of the hunt, we were routed past two local beaches, Challabrough and Bigbury where we had to answer some clues.  I have never seen either place so packed full of people, as obviously the late summer weather had made the beaches very inviting.  With all the parking restrictions lifted as from the 30th September, there were cars everywhere and it was almost impossible to park anywhere in order to stop and find the clues.

Our final destination was Bigbury Golf Club, where we had a much needed dink,  and awaited for the rest of the cars to finish in order for the results to be worked out.

We waited in anticipation as we thought we had done quite well, but oh no, there were professional car treasure hunters, who made our score positively embarrassing, and needless to say we were nowhere the top of the leader board.

We had a brilliant couple of hours and it was organised very well, and we look forward to entering if they arrange another one. 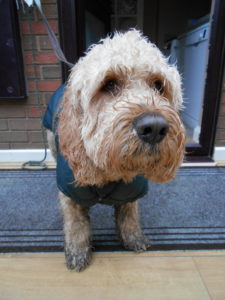 Into this clean handsome beast 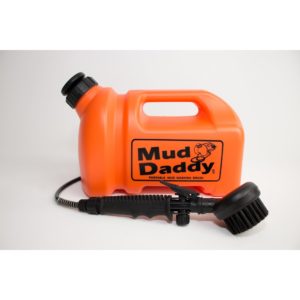